Dissociation is a protective mechanism that we all use to varying degrees. Dissociation is on a spectrum. We are all on there. In its most common form, mild dissociation includes daydreaming or a sense of spacing out. It also includes doing things on autopilot.

For instance, have you ever driven home and known the route so well that you don’t need to be totally present? Perhaps you’re listening to music, and all of a sudden, you find yourself home. This is a low form of dissociation. We all do this!

Those who have gone through trauma may have different levels of dissociation. This will be subjective. Again, dissociation is a form of protection. For trauma survivors, it helps you distance yourself from harmful memories.

An inability to recall important autobiographic information, usually of a traumatic or stressful nature, is inconsistent with ordinary forgetting.

Note: Dissociative Amnesia most often consists of localized (specific period of time) or selective amnesia (parts of trauma are remembered but not all).

Dissociative Fugue is defined as a sub-type of Dissociative Amnesia under DSM-V. During a Dissociative Amnesia with Fugue episode, a person normally acts in a way that is purposeful and has a specific goal; fugue states may last for days, weeks, or longer. A fugue occurs when there is sudden and unexpected travel away from home or work in combination with amnesia for a person’s past, and either identity confusion or assumption of a new identity.

Depersonalization: Experiences of unreality, detachment, or being an outside observer with respect to one’s thoughts, feelings, sensations, body, and/or actions.

Derealization: Experiences of unreality or detachment with respect to surroundings.

Disruption of identity is characterized by two or more distinct personality states, which may be described in some cultures as an experience of possession.

The disruption of marked discontinuity in sense of self and sense of agency is accompanied by related alterations in effect, behavior, consciousness, memory, perception, cognition, and/or sensory-motor functioning.

Recurrent gaps in the recall of everyday events, important personal information, and/or traumatic events that are inconsistent with ordinary forgetting.

This category applies to individuals that have symptoms of a dissociative disorder that cause clinically significant distress or impairment in social, occupational, or other important areas of functioning but do not meet the full criteria for any of the disorders in the dissociative disorders diagnostic class. Example presentations include the following:

The main difference between DID and OSDD is that individuals with OSDD do not have the same severity of loss of time or amnesia when there is a “switch” to a different state/part.

OSDD/DID does not occur from a one-time trauma incident. Individuals with OSDD/DID suffer from ongoing chronic trauma that starts very early on in childhood (typically in the form of sexual abuse, incest, physical abuse, emotional abuse, neglect, torture, or other forms of exploitation, such as being a victim of trafficking, etc.).

Although OSDD/DID is considered a “disorder,” it can be seen as a “mental injury.” This is something that happens to an individual as a survival mechanism. OSDD/DID is also a form of resilience. Think about the level of dissociation it takes to remain in a chronically traumatizing situation. Dissociation helped that person literally survive the unimaginable.

For more information, check out the International Society of the Study of Trauma and Dissociation Website Here.

OSDD/DID is a treatable disorder once it is properly diagnosed. Treatment can be broken down into three phases:

This includes addressing the diagnosis of OSDD/DID. For some clients, it brings relief to have an explanation for the symptoms they have been living with. For others, the diagnosis is very difficult to digest. Now that the diagnosis is in the open, change can bring stress to the overall system.

Phase 1 is also important to build on the therapeutic relationship. Psychoeducation about dissociation, how it helped the client survive, and creating safety is key. Working with parts who have learned to survive by self-harming (via drugs, alcohol, high-risk behaviors, etc.) and suicidal behaviors need to be addressed.

Often, these parts are burdened by these old roles and can be stuck in time. Teaching Grounding techniques and Coping skills is crucial in this stage.

Phase 2 allows the client to realize that the traumatic experiences belong to the past, to understand their impact on their life, and to develop a more complete and coherent personal history and sense of self. In addition, therapy can help the client become able to recall the traumatic experiences across alternate states/parts, especially those who were previously amnestic or without emotional response to them.

As traumatic experiences are integrated, the states/parts may experience themselves as less and less separate and distinct. Spontaneous and/or facilitated fusions among parts may occur as well. No therapist should push “integration” on clients. It is the client’s decision to “integrate” or work towards “functional integration” (meaning, parts inside have co-consciousness, internal trust, communication, and collaboration).

Contact us today to schedule an appointment to meet with one of our professional therapists. 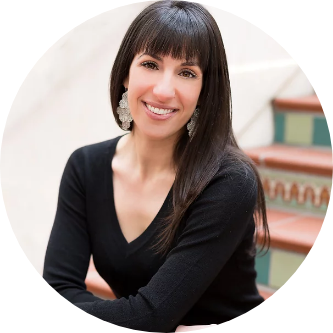